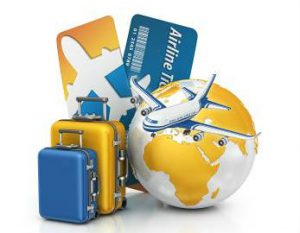 With the Indian government launching visa processing programs such as visa-on-arrival scheme for 43 nationalities (earlier only 12), the country’s travel and tourism industry is set on a positive roll of 7% increase in the gross domestic product (GDP). The visa program is going to move over to 150 counties. Investments for the sector will rise to 9.3% in 2015, which was previously 6.2% in 2014, amounting to Rs2.11 trillion. The sector will also pace at 7.5% this year, with turn over of $1.3 million to GDP on investment of $1 million.

10 percent of profits leak out from the economy because if imports. The challenges are need to transparent and speedy implementation of visa processes for alluring more countries in their visa waiver programs. Other ill factor for country is its negative image to foreigners given recent news on ill treatment of women and foreign travelers in the land.

The economy for this industry is about to see a 7% hike over the next 10 years, taking a giant leap of 5.2% growth per annum. Experts say that in total, tourism business should bring a gross profit of 6.9% than existing percentage rise, or 6.5% per year advancement for the next decade to Rs4, 337.8 billion until 2025. The potential is to create 46 million jobs to 2025.