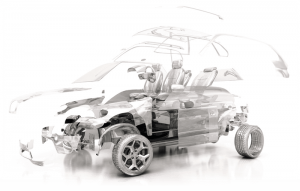 While everybody looking to make a big career move sought the best opportunities in the IT sector in the past, there has been a paradigm shift in the favor of the automotive industry.

The globe has witnessed a fall in the number of unemployed over the past few years in a number of its regions. This has been in part due to the availability of better media for awareness and urbanization of the remotest areas. But a part of it has also been due to the improvement of the various industries themselves. A better developed, expanded and growing industry has more space for both, skilled labor and raw talent.

However, information technology, that once has the best job categories and prospects, has seen a considerable decline. Massive layoffs across the multi-billion-dollar sector make the future possibilities for employees appear bleak.

Why hasn’t the IT sector been able to create more jobs?

In the past, a number of foreign companies contracted their work to strong Indian IT firms like the Infosys and Wipro. So, every computer engineer who had the necessary skills had a job in hand. But now, automation has taken over all clerical tasks. The job profiles that are now vacant in the IT sector require in-depth knowledge of technologies like cloud-computing, robotics and a lot more. Since most engineers honed here do not taste this in their years of education, they aren’t job-ready.

So, although the IT sector continues to grow, job prospects for the natives are receiving a plummet. It is noteworthy that although technology is being integrated at a matched pace in the automotive market too, job prospects there are continuing to thrive and are, in fact, on the rise.

How the automotive sector has overcome this

While the IT sector is receiving a boost from the west, India is moving on towards becoming the third largest auto market in the world. All this with the new approach of going completely electric by 2030. This means that the automotive sector is heated up with processes of producing conventional engines and EVs going on in parallel.

A pervasive research highlights the need for a large workforce including both, accomplished individuals and fresh graduates who can be trained. This is because the whole industry is gaining a new face where ideas of the new generation are as welcome as the admin power of the existing luminaries.

Will this contribute to the growth potential of the country?

Considering the BRIC economies, it has been observed that countries other than India, in their developing phase, had a majority of people employed in the fastest growing sectors. This had a majority of the workforce being involved in contributing towards a quick rise in the GDP. But, as a worrying trend, India hasn’t been doing so say the chief economists of our country.

Moreover, market research reports claim that, of the total number of businesses in India, most work with an employee strength below 10. This data can be misleading. In our nation, this category is dominated by individual workers and freelancers. These are not as good a contribution as mid-size businesses actually are to a nation.

With growing opportunities in fields growing apace, a greater proportion of the population trying to leverage them will surely be a boost to the nation’s economy.

The market for image recognition is rising and this growth is cited to increasing adoption rates of image recognition technology across various industry verticals – like the healthcare, automotive, retail, defense etc. increase in the use of high bandwidth data services is also one of the most crucial reasons for this Technology market growth

On technology basis, the digital image processing technology sector is expected to grow at the highest compound annual growth rate [CAGR] in the forecasted period.

This swiftly growing segment’s reason is due to increasing use of digital images in diverse industries such as healthcare and retail.

Predictions based on industry

As per a technology market research, the BFSI industry[Banking Financial Services and Insurance] is predicted to hold the largest image market recognition during 2016-2021.

The swift rise of the segment is attributed to the growing adoption of advanced image recognition technologies to improve the automation and digitization of services and products.

Predictions based of geographical basis

The Asia- Pacific region [ APAC] image recognition market is expected to witness substantial growth and is predicted to have the highest CAGR during the projected period of 2016 to 2021.

As per market research, this growth is cited due to mobility, high adoption of cloud, and infrastructure management solutions to address the information security.

Moreover, South Korea, Japan, India, Australia and China have started adopting and investing in the image recognition technology to promote business and attract high profile customers. This factor, as remarked by several market research, is also influencing the growth of image recognition market in the region.

Cyber security is a form of technology and process, composed to protect computers and networks from damages, attack and unauthorized access. It includes protecting sensitive information from cyber threats like – cyber warfare, espionage and terrorism. In the worst case, network attacks access confidential information of the military, political and infrastructural assets of the country or its citizens. According to a IT market research, cyber security has become a subject of utmost importance for all governments world-wide. The U. S government, for e.g. invests a jaw dropping $13-billion-dollar figure annually on IT-security since the end of 2010.

The cyber warfare involves various countries using IT to hack into other’s networks to cause disruption and damage. It is done to compromise confidential data, impair infrastructural systems of for e.g. medical and transportation services, debase communications and hindering commerce etc.

This is a disruptive usage of IT, by terrorist groups to promote their political and ideological agenda. In Cyber terrorism, the form of attack happens on telecommunications, networks and infrastructures. According to a market research, in response to the removal of Russia’s war memorial, Estonia was attacked with a vastly distributed denial of service, which impaired almost all ministry and major banks networks offline.

Cyber espionage is the practice of utilizing IT to gather sensitive information without the permission of their owners. Cyber espionage is mostly used to gain economic, political, strategic and military benefits. It is performed through utilization of cracking methods and malware.

In 2011, the office of national counter intelligence executive released a report detailing and acknowledging the legitimate attack of cyber espionage and its potential to destroy the American economic advantage.