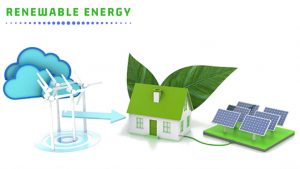 India has witnessed its renewable energy industry grow apace to achieve the target of 175 GW. The market has successfully reached the milestone of 70 GW and has actionable plans for the next 38 GW ready. Not only has it impressed the globe through its implementation speed but also through the creation of about 1.64 Lakh job opportunities.

The energy mobility patterns in India, and in fact, worldwide, have been changing constantly. Furthermore, climate change alerts have pushed the need of shifting from the use of conventional raw materials for generation of energy and power to alternative renewable ones. While this received a backlash due to its requirement for a complete infrastructure modification initially, it has eventually gained traction. India particularly, being a developed nation, has benefitted greatly from this advent.

Over 10.3 million people in the global workforce are employed by the renewable energy industry. The number of jobs in India is up by a number 36% more than the previous year. While some giants in the industry like China continue to dominate the market, the International Renewable Energy Agency (IRENA) has said that the improvement in the growth of this sector in India is highly appreciable. It also proposed a lush future for it.

Initiatives from India’s CM, Narendra Modi have been lauded at this checkpoint towards the nation’s sustainable development goals. The nation now stands amongst the world’s largest renewable energy employers that harbor three-fourths of the total employment opportunities.

Segments that have contributed to this

Market research says that a majority of the jobs created lie in the solar photovoltaic (PV) sector. Even within this, most employees were involved with the construction and installation of these PV plants. Following this in the number of employees was the observations and measurements departments.

India is now also among the key job providers in the sectors of hydropower and wind electricity.

Since the availability of most alternative resources of energy is not restricted to particular regions, it can be easily sourced out to even remote or rural areas. Based on mobility patterns, renewable energy generally demands an infrastructure with the production plant located close to the supply areas. This is also a reason why various localities have seen an improved job availability for people completing both, low and high, education levels. It will thus ensure skill-building opportunities along with steady incomes and lifestyle enhancement.

A positive impact from the use of clean technology

The perks of transitioning to clean energy have perks way beyond employment opportunities. Higher and more regular incomes for the poor would mean an improved health. Health and personal well-being are also directly impacted by the reduction of polluting emissions.

The clean energy system in India has thus established itself as a sustainable development model for the world to look up to. A continued cooperation from the common people and the governing bodies is capable of taking this to further heights. 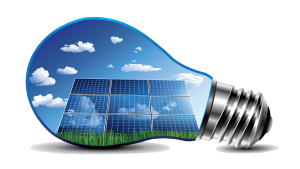 The renewable energy industry is growing apace. With conventional resources receiving a plummet in the current day, clean technology is being looked at as more than an alternative. The globe is aiming at a complete transition to renewable energy-based models. Investments in them are thus gaining a boost and today’s common fuels like oil and petroleum are moving out of the picture.

The power crunch is menacing the enlargement of industries across the globe. In such state of affairs, when traditional fuels no longer prove resourceful, renewable sources of energy are being adopted across industries. Rising population and swift development of the emerging markets have amplified the need for energy.

A variety of trends are affecting the global power industry, including the fact that 80% of primary energy is currently supplied from gas, oil, and coal. Nevertheless, various environmental perks, cost advantages and better accessibility are pushing industry sectors towards embracing gas as the fuel of 21st century, according to a market research. In several ways gas has always been different from oil. Furthermore, gas is better distributed across the globe.

As per the global LPG market, it is the industry that serves the global demand and supply chain more effectively. This guarantees that the cost of gas remains competitive compared to oil prices, which have huge ramification on the global energy sector.

This is twice the current primary energy consumption.  Along with the global population predicted to rise up to 9-10 billion from recent 7.1 billion by mid-century, the demand of energy will rise further.

With the current climate changes and global warming issues becoming pressing concerns, businesses have already started investing in the renewable energy market that will address these problems.

Latest research in the ethylene market spotted growing risks to investors and financial organizations dependent on fossil fuels, which would present chances with industries re-investing their capital towards sustainable energy and additional power-efficient mechanisms. Even if much of it has to do with cost, especially when it is expected that oil rates will increase, it is also predicted that the inexpensive US natural gas will not remain cheap.

Also, the increasing awareness and weather policies would hoist the cost of utilizing coal. Besides, the cost of creating vigor from solar energy, wind, and biomass is estimated to fall in the few years, which is in stark contrast to valuing developments of the oil industry.

Recently, the charging trend of renewable energy is predicted to prolong over the next two decades. The governments rank the importance of putting together incentives and infrastructure primarily which ensure that this shift towards the sustainable energy will continue. With public perception shifting towards more ecological solutions, there is also a bigger potential for political action that will labor in advantage of further pushing the energy & power market more weather friendly substitutes. Additionally, governments are also highly investing in technology and infrastructure, improving public expenditure and rising trade linkages to make sure renewable energy encourages the expansion of the region’s financial system. 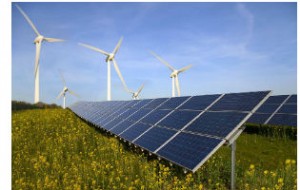 The top 5 Emerging Renewable Energy industry report provides top-line qualitative and quantitative information of factors such as volume, market size value, and forecast to 2019. In 2014, the global Renewable Energy Market contributed the value of about $255,129.6 million. The top 5 emerging countries are estimated to grow up to 19.7% of CAGR and market value of about $626,933.0 million in 2019.

According to an Energy and Power Market Report, almost every European markets without exceptions have fallen while under developed markets across Latin America, Africa, and Asia continued their ascent. Emerging markets now characterize half of the countries in the 40-strong index; together with 4 African markets featuring in the top 30. A decade ago, only countries like China and India were attractive enough in competition with more developed markets for sustainable energy investment.

A certain Market Research finds that a Chile market is the first one to enable economically viable renewable projects to challenge directly with all other energy sources. Similarly, Brazil’s renewable sector is showing flexibility amid an economic downturn and it’s less mature solar market remains a potentially beneficial lure.

Emerging markets are changing their energy industries at an extraordinary pace. Last year, sustainable energy investments in the developing world hold of those in the developed world primarily. Researchers are testing in Latin America, how quickly market can grow.

The report shows that Argentina was the highest-scoring new competitor. The transformation of the nation’s economy and roll out of determined sustainable program under its new pro-market government reinforces how quickly new markets can redirect the focus of developers and financier.

Power and Utilities Corporate Finance leader in a press conference stated that earlier markets in their replaceable journey are benefiting from cheaper and more resourceful technologies, lower capital cost, and more reliable resource forecasting. The rising global flow of capital shows that investors are becoming more use to new markets. An enormous deployment of low carbon investment is seen in developing markets.